St John Fisher Catholic School was opened in 1988 to meet the needs of the growing population in the area around Tumbi Umbi, Berkeley Vale, Chittaway Bay and Glenning Valley. 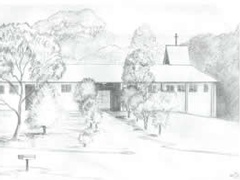 In 1987 the faith community in the South-Eastern section of Wyong Parish began to say Masses in the Hall of Berkeley Vale Public School and developed a desire to meet the needs of the local Catholic congregation. Over the years there has been talk of creating a separate Parish, but today we enjoy a strong relationship with St Cecilia’s Catholic School Wyong and together with St Peter’s Catholic College Tuggerah make up the Catholic Schools that support the Catholic families of the Wyong Parish.

The school started with 27 pupils in 1988 and has grown to become a two stream school with approximately 380 students in 14 class groups.